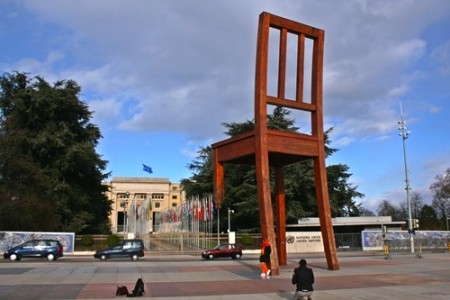 On March 11, the United Nations Secretary-General, Ban Ki-moon, submitted his interim report on the situation of human rights in the Islamic Republic of Iran to the Human Rights Council. His report addressed growing concerns surrounding the situation in the county and demanded that the Iran respect its human rights obligations. He criticized the persistent reports of abuses in the country, including arbitrary detentions, unfair trials, and condemned the sharp increase in the use of the death penalty, in contravention of international law.

On March 12, in line with the Secretary-General’s report, I, along with the United Nations Special Rapporteurs on summary executions, on torture, and on violence against women issued a statement expressing our alarm at the ongoing spike in executions in Iran. As it stands, at least 176 persons have been reportedly hanged in Iran in 2014 alone.

In our joint comment, We stated that the Special Rapporteur on extrajudicial, summary or arbitrary executions, Christof Heyns, stressed that “the Government continues to execute individuals at a staggering rate, despite serious questions about fair trial standards”.

the Government continues to execute individuals at a staggering rate, despite serious questions about fair trial standards

Then, on March 17, I officially presented my sixth report on the situation of human rights to the Human Rights Council. Among my findings was that an estimated 1,539 individuals in Iran have been executed since the establishment of my mandate in 2011. What’s more, an estimated 624 people were executed in 2013 alone. You can read my full report to learn more.

During my interactive dialogue to the Council, I stressed my desire to engage with the Iranian Government and the Iranian people. Throughout my mandate, I have made countless requests to visit Iran. And while I have been encouraged by several conversations with Iranian officials over the past twelve months, I still have not been granted a visit.

To be sure, as with other international mechanisms, the Council’s Special Procedures are most effective when all stakeholders can work together through cooperation and constructive dialogue. Moving forward, it is my hope to work alongside a ready and willing Iranian government to advance efforts to recognize the rights of all Iranians, without distinction.