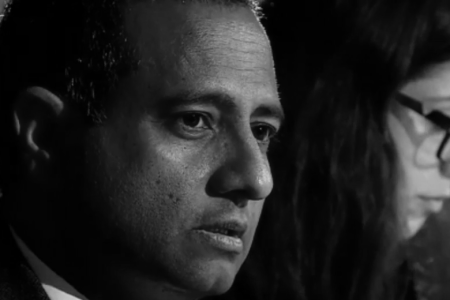 Overt the past few weeks, the preliminary deal reached between the Islamic Republic of Iran and other major world powers has captured the international community’s attention. The announcement of this framework was a testament to the potential power of diplomacy and dialogue to avert hostilities. If successful, the deal could also eventually lead to the lifting of sanctions facing Iran, which, as I have noted in my reports, have raised a number of human rights concerns.

I therefore join the chorus of supporters from around the world who hope that the deal will succeed and usher in a new era of international understanding and cooperation.

Just as the international community was working on and praising this deal, it also voted, through the UN Human Rights Council, to extend the UN special procedure mandate to investigate and report on the situation of human rights in the country. The message was clear: as we work toward peace and stability, we must also recall that human rights are an equally important requirement of international community membership.

The recent negotiations had little to do with human rights; both Iran and its negotiating partners publicly admitted as much. This is not to diminish the importance of the issues they addressed, since we cannot have the full realization of human rights without peace and security. But now that the most intense stage of the negotiations have passed, it is time for the Islamic Republic of Iran and other global powers to recall that the opposite is also true: genuine, lasting peace can never be attained at the expense of human rights.

I hope all parties will seize the momentum of this opportunity to redouble their commitment to serious human rights reforms. As always, I remain eager and ready to work with the Iranian Government as it moves forward.