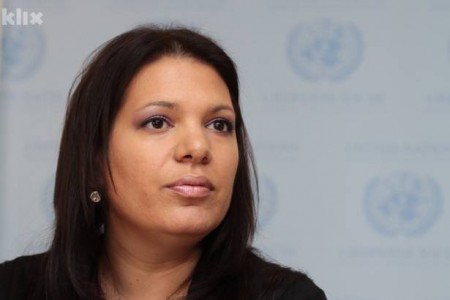 Last Monday, I participated as a panelist in a fascinating UN side event on religious freedom, alongside Ms. Rita Izsák, the UN Independent Expert on minority issues and Mr. Heiner Bielefeldt, the UN Special Rapporteur on freedom of religion and belief.

Both Ms. Izsák and Mr. Belielfeldt, as well as several participants in the open discussion, made some fascinating points, but I would just like to highlight here one common-thread theme throughout the discussion: that Governments’ specific obligation in protecting religious freedom as well as the rights of religious minorities is to provide the space for a free-flow of ideas and for the free expression of those ideas.

This means that Governments should protect the space for the free practice and expression of both majority and minority religions, and the rights of religious groups and individuals subject to potential discrimination. Governments should not, however: a) enforce their own ideas upon individuals or groups; or b) favor one religious group over another, except with legislation protecting minorities from potential individual or collective persecution.

One participant asked the panelists how one could reconcile seemingly exclusivist types of religious belief with the need for inclusiveness. All of the panelists pointed out that inclusiveness is a primary tenet of most religious faiths, and that tolerance and co-existence should be the norm, whereas religious chauvinism itself is usually a mis-reading of religious prescriptions.

Islam in particular forbids compulsion in religion, and contains numerous exhortations to tolerance and coexistence. May we soon live in a world where all Governments — and individuals — heed this important call.