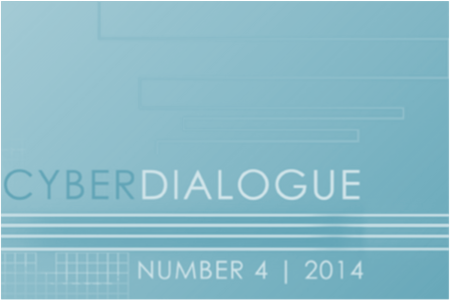 This past March I attended the Munk School of Global Affairs’ 2014 annual Cyber Dialogue in Toronto, where government representatives and members of civil society, academia and the private sector discussed cyber security and governance. We talked about ways to support governments, including Iran’s, in their efforts to advance protections for privacy, expression, opinion, and association and in their efforts to improve Internet speed and access to content deemed protected under international law.

These are issues of importance in every country, and particularly in Iran, where access to material deemed offensive or subversive is legally restricted, and where media entities and journalists, bloggers, and other netizens are often prosecuted for publishing or managing online content viewed as “propagating against” the Government. Some 37 journalists and netizens are currently detained in Iran, including 16 netizens arrested late last year who managed a tech-gadget news website.

Millions of websites are blocked in Iran. In 2013, a study found that a wide range of websites, including sites related to health, science, sports, news, and even shopping are blocked. Almost 50% of the top five-hundred visited websites in the world are blocked, including Facebook, Twitter, and Google Plus.

A separate study concluded that Internet speed is intentionally reduced to frustrate users and limit communication. For example, Internet traffic and speeds dropped significantly in the days following the 2009 Iranian presidential election and in the weeks leading up to the 2013 election. Throttling has also been noticeable during times of international political upheaval, including during the Arab Spring.

“…blocking measures constitute an unnecessary or disproportionate means to achieve the purported aim, as they are often not sufficiently targeted and render a wide range of content inaccessible beyond that which has been deemed illegal..[and] Lastly, content is frequently blocked without the intervention of or possibility for review by a judicial or independent body.”

With this in mind, I regularly encourage authorities to ease restrictions on online media and access for Iranian citizens. I hope that the Government will recognize that access to information, which should only be subject to very narrow limitations permissible under international law, is an asset to democratic societies, and that ideal aims of maintaining security and providing open access are in no way mutually exclusive.