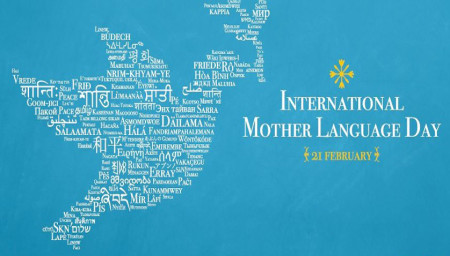 The international community today celebrates UNESCO International Mother Language Day. On this occasion UNESCO aims to raise awareness of the benefits of multilingual education, particularly in the early years of childhood development. Studies, research, and UNESCO reports demonstrate the importance of mother and local language instruction in building strong foundations for reading comprehension in national languages, and even increased performance in mathematics. For example, children taught in a local language in Cameroon scored twice as high on mathematics tests at the end of grade three.

Another dimension to this issue is that of diversity and cultural rights. The general conference of UNESCO has affirmed the indispensability of the rights of all persons to disseminate publications in the language(s) of their choice, particularly their mother tongue, for the sake of cultural diversity and for the full realization of rights enshrined in the UDHR and ICESCR.

The recognition by UN member states and UNESCO of the importance of mother tongue language education has unfortunately not translated to the inclusion of mother tongue curricula in many countries, including in Iran. While non-discrimination — including on the basis of ethnic or tribal origin — is enshrined in Iranian law, there are no official primary school curricula in local languages, such as Kurdish, Azeri-Turkish, or Arabic, and, as I mentioned in my 2012 report to the UNGA, dropout rates remain high in provinces like Khuzestan, where schools can not teach in Arabic, the mother tongue of most of the province’s inhabitants.

Encouragingly, Government officials in the Rouhani administration have recently made clear their desire to find ways to include mother tongue education in schools across Iran. It is my hope that the Government will continue to push for—and enact—such reforms, as Iran, as a truly multi-cultural nation, only stands to gain culturally, economically, and politically from extending such rights to minority populations.

On this 15th International Mother Language Day, let us celebrate all cultures and languages, and take steps to universally educate the next generation with an eye to preserving the beauty of our collective diversity.