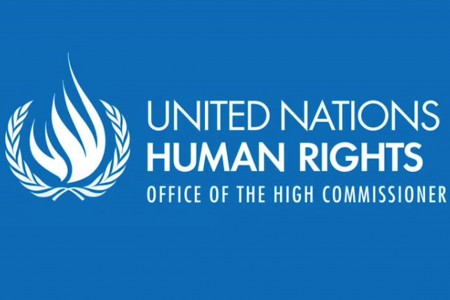 NEW YORK – The new United Nations Special Rapporteur on the situation of human rights in the Islamic Republic of Iran, Ahmed Shaheed, presented his first report* to the UN General Assembly, and briefed Member States on his efforts to establish a dialogue with the country.

“This report documents violation of human rights reported to me in the initial weeks of my work by victims seeking to voice their experiences in the country,” Mr. Shaheed said less than three months after he was designated by the UN Human Rights Council. Cases cited in the report provide accounts taken during interviews of victims by the Special Rapporteur, as well as highlights from well-known cases reported to him by various non-governmental organizations.

The cases detail practices that amount to torture, cruel, or degrading treatment of political activists, journalists, students, artists, lawyers, and environmental activists. The report also presents denial of freedom of assembly, women’s rights, the rights of religious and ethnic minorities by the Government. It also raises the increasing use of executions in the absence of judicial safeguards, as well as the execution of juveniles.

“I believe that the report provides the basis for dialogue with the Iranian authorities, and it is my hope that meaningful engagement and cooperation will allow for a comprehensive follow-up of those cases presented in this initial publication,” Mr. Shaheed stressed.

“Engagement with this mandate can serve to lessen the potential for politicization, over which the Islamic Republic of Iran has repeatedly expressed concern,” the independent expert noted. “However, insufficient cooperation will only continue to heighten the concern of the international community and will reduce the potential for a positive and constructive dialogue on the issues raised in his report.”

“This is the best way to pursue fair and accurate reporting on its human rights situation, and to develop productive engagement between Iran and the UN human rights machinery,” the expert said. “I will make every effort to acquire this cooperation in the months ahead.”

(*) Read the full report to the General Assembly: http://www.un.org/ga/search/view_doc.asp?symbol=a%2F66%2F374&Submit=Search&Lang=E

Ahmed Shaheed (the Maldives) was appointed as the Special Rapporteur on the situation of human rights in Iran in June 2011 by the United Nations Human Rights Council. As Special Rapporteur, he is independent from any government or organization and serves in his individual capacity.