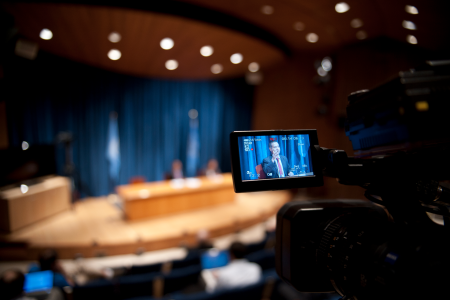 On 26 February 2016 millions of Iranians participated in elections to select their representatives for parliament and the Assembly of Experts, the body which will select the country’s next Supreme Leader. By all accounts voter participation was high despite the disqualifications of several thousand candidates during the vetting process. The results suggest a strong vote of confidence for the current policies of President Hassan Rouhani’s administration, and a continuation of the government’s efforts to increase engagement with the international community following the historic agreement reached on 14 July 2015 to peacefully resolve the longstanding dispute over Tehran’s nuclear program.

Tomorrow, I will present my latest report to the UN Human Rights Council on the situation of human rights in the Islamic Republic of Iran. During last year’s presentation to the United Nations General Assembly, I welcomed the peaceful resolution of the nuclear dispute, and noted that it can provide an opportunity, and much needed diplomatic space, for the Iranian government to focus its efforts on improving the country’s dire human rights record. I acknowledged that, since 2013, there had been a noticeable change in the tone and tenor of the government’s approach to human rights, but that these efforts had not yet translated into meaningful change on the ground.

I would like to continue the discussion regarding some of these challenges, and the Iranian government’s record in addressing them to date. My latest report contains information regarding a wide range of issues, from the staggering surge in the execution of at least 966 prisoners in 2015—the highest rate in over 10 years—to discriminatory practices against women and girls. But, today, I would like to focus on four key areas or issues which I have highlighted in the report: 1) the continuing execution of juvenile offenders; 2) fundamental problems with the administration of criminal justice; 3) the troubling situation of the country’s minority Baha’i population; and 4) Iran’s cooperation with international human rights mechanisms.

I believe these issues are emblematic of the very serious challenges that must be overcome if Iran is to see a significant improvement of its dire human rights situation.

I would first like to address the continuing execution of juvenile offenders, or individuals who commit offenses before they reach 18 years of age. This practice is strictly, and unequivocally, prohibited under international law. Yet Iran has reportedly executed at least 73 juvenile offenders, more than any other country, between 2005 and 2013. The number of juvenile offenders executed in between 2014 and 2015—which is reportedly 16—was higher than at any time during the past five years. The majority of these executions were never officially reported by the government. Human Rights organisations documented at least four juvenile executions in 2015, with at least 160 others awaiting the same fate on death row.

On 12 January 2016, the Committee on the Rights of the Child expressed great concern about the ongoing execution of child offenders. It called on the Iranian government to rescind reservations that sanction judicial disregard of the convention’s provisions that are incompatible with Islamic laws. They also called on the Government to define children as anyone under the age of 18, in line with international standards, and to raise the age of criminal responsibility without discriminating between boys and girls. Iran’s penal code explicitly retains the death penalty for boys as young as 15 (lunar) years of age, and girls as young as 9 (lunar) years for certain crimes such as murder, adultery and sodomy.

It should be noted that recent amendments to both the penal code and the criminal show efforts to address some of the problems that exist with juvenile justice in Iran. These reforms include allowing judges to assess the mental capacity of juvenile offenders before issuing a death sentence to determine if they understood the consequences of their actions at the time they committed crimes that qualify them for the death penalty, such as like adultery and murder. Despite these efforts, however, the number of juvenile executions have increased, not decreased, in the last two years.

I urge the Government to abandon piecemeal reforms in this area and immediately and unconditionally prohibit the execution of juvenile offenders—a practice that has been outlawed by the vast majority of countries.

The urgent need for fundamental reform of the country’s criminal justice system, and impact these reforms can have in dramatically improving the human rights situation in Iran cannot, in my opinion, be overstated. The administration of criminal justice in Iran suffers from two fundamental problems: 1) laws that clearly violate Iran’s international legal obligations, and 2) the persistent failure to faithfully and properly implement, with impunity, laws that otherwise satisfy Iran’s international legal obligations.

In my latest report, I note that despite some positive amendments to the country’s criminal laws that expand protections for the accused, the country’s penal code continues to empower Iranian officials, including members of the Judiciary, to perpetrate serious human rights violations in the name of justice. I have identified many provisions in the penal code that clearly violate the country’s international legal obligations by criminalising the peaceful exercise of fundamental rights or acts that are not internationally recognised crimes; discriminating against girls, women and religious minorities; and mandating punishments that amount to torture or a violation of the right to life.

Fundamental problems also exist with regard to the due process and fair trial rights of the accused. I applaud recent amendments made to the country’s criminal procedure code that increase protections for the rights of the accused, including allowing access to lawyers during the investigative phase and increased restrictions on pretrial detention. I note, however, that the amended criminal procedure code retains provisions that compromise or weaken the rights of individuals accused of national security crimes from certain due process and fair trial guarantees.

The harmful effects of these provisions are often compounded by the failure of security and intelligence force, and the Judiciary, to faithfully and properly implement laws that would otherwise protect the rights of the accused. I continue to receive frequent and alarming reports about the use of prolonged solitary and incommunicado confinement, torture and ill-treatment, lack of access to lawyers, and the use of confessions solicited under torture as evidence in trials—practices that clearly violate Iran’s own laws. Unfortunately, these abuses continue to take place with impunity even after the amended criminal procedure code came into effect last year. As a result, hundreds of Iranians—including journalists and social media activists, human rights defenders, and opposition figures—currently languish in Iran’s prisons and detention facilities.

In my report, I also express great concern regarding the situation of Bahai’s which is especially dire because of systematic policies designed to discriminate, target, harass and economically deprive Bahai’s of the right to a livelihood, and document specific cases that illustrate the widespread and pervasive nature of the abuse suffered by Baha’is. I would also like to note, with great concern, that in its response to my report, the Government continues to use derogatory references such as “sect” and “cult” in connection with the Baha’i faith, and repeatedly draw connections between the faith and perceived enemies of the Iranian nation. These references severely weaken the credibility of the Government’s assertion that Baha’is enjoy equal rights as citizens and are not subject to discriminatory measures by the state, and betray an attitude of open hostility and collective suspicion against members of this community.

I would like to end on a positive note. The Iranian government’s latest efforts to address concerns about protections for the accused are welcomed. Its continuing willingness to explore steps to reduce the number of executions in Iran is encouraging. And its continuing engagement with the UPR process, various treaty bodies, and my mandate are all positive signs. This gives me hope that the very fundamental and serious problems I have identified in my report and spoken about today, and which require additional and concreate steps towards fully meeting its legal obligations, can and will be resolved so long as the Iranian government shows the will to resolve them. And the international community continues to support the Government in its efforts to realize them.