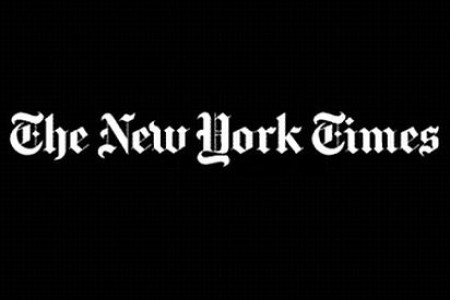 AT 5:15 p.m. I found myself pacing compulsively back and forth across my 10-foot-by-14-foot cell in Iran’s Evin prison, muttering reassurances to myself and kneading my nervous hands together into one fat fist. “Don’t worry,” I told myself, “this is probably your last day alone, they can’t just let you go crazy in here.”

AT 5:15 p.m. I found myself pacing compulsively back and forth across my 10-foot-by-14-foot cell in Iran’s Evin prison, muttering reassurances to myself and kneading my nervous hands together into one fat fist. “Don’t worry,” I told myself, “this is probably your last day alone, they can’t just let you go crazy in here.”

It was 2009 and the beginning of winter. I had been in prison in Iran — along with my fiancé, Shane Bauer, and our friend Josh Fattal — since the summer, when we were arrested and charged with espionage after hiking somewhere near the country’s unmarked border with Iraqi Kurdistan. For the last three months, I had been in solitary confinement 24 hours a day. Only after going on a hunger strike for five days was I allowed to visit Shane and Josh for a few minutes at a time, all of us blindfolded in a padded interrogation room. The day before, one of my interrogators had told me that we would now be allowed daily half-hour visits in an open-air cell. As the hour for our visit approached, I began pacing my room frantically, terrified that the promise had just been a ploy and that the guards wouldn’t be coming. By 6:15, I was sweating and tears were streaming down my face.

It’s impossible to exaggerate how much the company of another human being means when you’ve been cut off from the world and stripped of your rights and freedom.

After two months with next to no human contact, my mind began to slip. Some days, I heard phantom footsteps coming down the hall. I spent large portions of my days crouched down on all fours by a small slit in the door, listening. In the periphery of my vision, I began to see flashing lights, only to jerk my head around to find that nothing was there. More than once, I beat at the walls until my knuckles bled and cried myself into a state of exhaustion. At one point, I heard someone screaming, and it wasn’t until I felt the hands of one of the friendlier guards on my face, trying to revive me, that I realized the screams were my own.

Of the 14 and a half months, or 9,840 hours, I was held as a political hostage at Evin prison in Tehran, I spent 9,495 of them in solitary confinement. When I was released just over a year ago, I was shocked to find out that the United Nations Convention Against Torture, one of the few conventions the United States has ratified, does not mention solitary confinement. I learned that there are untold numbers of prisoners around the world in solitary, including an estimated 20,000 to 25,000 in the United States. According to the United Nations’ special rapporteur on torture, Juan Méndez, the practice appears to be “growing and diversifying in its use and severity.”

Amy Fettig at the American Civil Liberties Union told me: “In the U.S. we use solitary as a routine prison administrative practice. It’s not something that’s used as a last recourse, as it should be.” Last summer, prisoners at Pelican Bay prison in California went on a hunger strike to end the practice of isolating some prisoners for more than 22 hours a day. The strike spread until thousands of prisoners were participating. Only when officials agreed to review the use of solitary confinement did the prisoners accept food.

Such a review is needed for prisons everywhere, and particularly in the United States, the country with, according to Ms. Fettig, the most prisoners in solitary confinement in the world. One of the problems, according to Mr. Méndez, is that there is no universally accepted definition of solitary confinement. Mr. Méndez and his staff defined it as “more than 22 to 24 hours isolated from anyone else except for guards.” They are calling for clearer standards regarding “what is disciplinary and what moves into the category of ‘severe pain and suffering, either physical or mental,’ which is definitely prohibited under international law.” He has called for a ban on prolonged solitary confinement, and I very much agree. Any case that lasts more than 15 days should be carefully investigated.

You don’t have to beat someone to inflict pain and suffering; the psychological torture of prolonged solitary confinement leaves no marks, but its effects are severe and long-lasting. Fortunately, the guards did come that winter day. Once I began to have short daily visits with Shane and Josh, my mental health improved, but only marginally. At that point I was sunk so deep inside myself that there were days when I was brought out to visit them and couldn’t communicate or even look them in the eyes. After prison, I was diagnosed with post-traumatic stress disorder. I still pace and wring my hands when I am nervous; I still have nightmares and trouble sleeping. I stopped going to a certain exercise class because the texture of the ceiling reminded me of the ceiling in my cell.

Though what the government of Iran did to us was sickening and flagrantly unjust, I consider us lucky. We never felt forgotten; we knew that our families, friends and supporters would not give up fighting for us. And since I was released last year, and Shane and Josh were freed in September, we have gotten more sympathy than most wrongfully detained prisoners receive in a lifetime.

It’s wonderful to begin my life again, and every day I feel more free, but I can’t help thinking about the thousands of others who are alone right now. I believe the excessive use of solitary confinement constitutes cruel and unusual punishment — that it is torture. The United Nations should proscribe this inhumane practice, and the United States should take the lead role in its eradication.

Sarah Shourd is a writer who was imprisoned in Iran from July 2009 to September 2010.