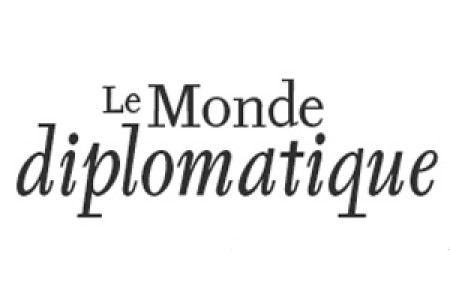 Last year the Iranians elected Hassan Rouhani as president. His popularity along the campaign trail was predominantly related to a fundamental domestic issue — restoring respect for the rights of all Iranians. Shortly before people voted, Rouhani presented himself as the most committed reformist candidate and said: “All Iranian people should feel there is justice. Justice means equal opportunity. All ethnicities, all religions, even religious minorities, must feel justice,” and “anyone who wants to speak in a society should be able to come out, speak their mind, criticize and critique without hesitation and stammering.”

As I said in my most recent report to the UN Human Rights Council (HRC), there are many human rights concerns that remain in Iran today. Outside of freedom of expression — including closure of newspapers, targeting of journalists and bloggers, and Internet censorship — I expressed concern about the independence of judges and lawyers; the intimidation, arrest and sentencing of ethnic and religious minorities; and the complete disregard for fair trial standards and due process guarantees.

Of particular concern is the startling number of executions, many of which are carried out for crimes that fail to meet the threshold of “most serious” under international law. Furthermore, suspects are frequently denied the basic rights for a fair trial. In June, I and several other UN officials appealed to the Iranian government to halt the execution of Gholamreza Khosravi. Khosravi was tried twice with the same evidence and for the same alleged crime of sharing information and possibly providing financial assistance to a London-based television station supposedly affiliated with a dissident organization. Yet Iran’s new Islamic penal code expressly prohibits the use of capital punishment in Khosravi’s case.

An estimated 1,539 people have been executed in Iran since my mandate began in 2011. What’s more, an estimated 624 people were executed in 2013 alone. As it stands, more than 200 people have reportedly been hanged in Iran in 2014, with a large number of prisoners on death row risking imminent execution.

There are around 900 prisoners of conscience in Iran, many of them in prison for simply expressing their opinions. They come from all walks of life — ethnic, religious and gender communities, geographical regions, and socioeconomic backgrounds. And there are many more hundreds of people who, while not necessarily in prison, face harassment and persecution for peaceful dissent.

These issues are complex and require consistent investigation, reporting, and reform efforts on the part of the government, civil society, UN member states, the international community and ordinary citizens. I am encouraged by the public statements of government members within the past year expressing their intention to investigate violations of human rights and uphold international standards to which Iran has committed. Even so, pledges have yet to be transformed into action.

The world will be watching as Iran’s actions are reviewed this October during the Universal Periodic Review (UPR) at the UN Human Rights Council. UN members embrace this process, during which the HRC reviews the human rights records of all 193 UN Member States. During its UPR, Iran will report on the steps it has taken to improve its human rights situation by implementing the 123 recommendations it voluntarily accepted four years ago.

Iran pledged to effectuate four recommendations to cooperate with the UN Special Procedures, including following up on requests for visits to the country. Since 2011, I have made numerous requests to visit Iran to further investigate the veracity of complaints myself. Unfortunately, the government remains (officially) reticent. Regardless, I believe that engagement with Iran has improved in other ways, most importantly through meetings with Iran’s UN representative in Geneva.

It is not surprising, though, to see elements in the government work to frustrate the reform commitments of the president. Our response to these challenges, however, should be greater international attention and calls for reform in support of President Rouhani’s pledges. Equally important, we must continue to engage and work with those inside Iran who want reform, including members of the government, in their pursuit of important home-grown solutions. Fortunately, international momentum in support of human rights reforms in Iran is growing and is encouraging, as evidenced by the Council’s recent vote to extend my mandate as Special Rapporteur for another year. This support should serve as a stark reminder to those who seek to hinder President Rouhani’s reform agenda — the world is watching, it’s aware of the facts and expects change.

Ordinary Iranians want to see the positive signals and statements by President Rouhani’s government translated into concrete and tangible improvements. It is important for words to be accompanied by the actions of all stakeholders, both to create trust and to generate momentum.

Change, however, takes time; and it will take time for the Rouhani administration to produce measurable and sustainable reforms. The international community has a vital role to play in keeping rights protections at the forefront of its relations with Iran. While continuing to document human rights violations (in accordance with my UN mandate), I remain ready to work with the Iranian authorities to improve the human rights situation.