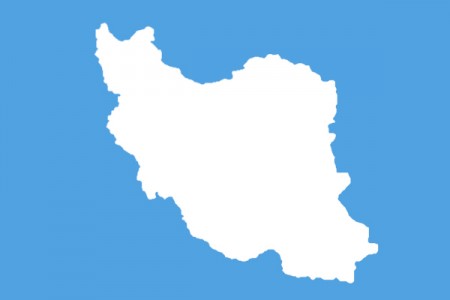 16. Despite the de jure equality that Iran’s Christians supposedly enjoy in the areas of religious recognition and practice, as enshrined in articles, 13, 14, and 26 of the Iranian Constitution and elsewhere, Sharia Law – which is also recognized as the law of the land – has been used to target Christian individuals and communities. Sources have reported that at least 300 Christians have been arbitrarily arrested and detained throughout the country since June 2010. Moreover, the Intelligence Ministry purportedly closely monitors Protestant congregations. Reports communicate that Intelligence officials routinely summon or detain members of Protestant groups for interrogations, during which individuals are questioned about their beliefs, church activities, other church members, and are often urged to return to Islam. Some Protestant’s report being threatened by Intelligence officials with arrest and apostasy charges if they do not return to Islam. This pattern of harassment has resulted in most Protestant churches operating underground, holding church services and bible studies in private homes, called house-churches. House-church groups, if discovered, are often ordered to suspend their various meetings and are told that their meetings were illegal without permits. At least one church group, the Church of Iran, reports that they tried unsuccessfully to obtain a license from the authorities in the northern city of Rasht to become an officially-recognized religious organization and to be permitted to establish a formal Church in a public building.

17. Mehrdad Sajjadi, a member of the Board of Trustees of the Immanuel Presbyterian church in Tehran, was arrested along with his wife, Forough Dashtianipour, in late May 2012. The couple was reportedly arrested in their house in Golshahr in Karaj by plainclothes Iranian security forces in the late hours of Thursday May 24, 2012, or the early hours of Friday, May 25, 2012, and transferred to an undisclosed location. According to eyewitnesses, neighbors believed the entry to be the act of thieves and dialed the National Police (or “Police 110” – Iran’s version of emergency services). When the National Police arrived on the scene, they informed the neighbors of Sajjadi that the plainclothes intruders were in fact Intelligence forces. These forces searched Mehrdad Sajjadi’s house for roughly four hours in total – they confiscated some of the personal belongings in the Sajjadi household and eventually transferred Sajjadi, along with his wife, to an undisclosed location. Since their arrest, their families have been unable to obtain any information from the authorities regarding their locations or the charges against the couple. It has since been confirmed that Forough Dashtiani was temporarily released from custody on bail on Thursday, June 7.

18. Pastor Youcef Nadarkhani, who converted to Christianity at age 19, and whose apostasy conviction was consecutively upheld in 2010 by a Criminal Court of Appeals and in 2011 by the Supreme Court via a directive to the lower court, remains incarcerated and faces the death penalty if he does not recant his faith. Apostasy, the act of renouncing one’s religion, is not a crime under Iran’s current written Islamic Penal Code. Instead, the presiding judges in Nadarkhani’s cases rested their opinion on texts by Shia religious scholars. Fellow Pastor Behrouz Sadegh-Khanjani (of the Church of Iran in the city of Shiraz), who was arrested in June 2010 and reportedly held for incommunicado in solitary confinement for approximately two months, had his original apostasy conviction changed to blasphemy. He was sentenced to one year in prison on April 5, 2011, and is currently free on bail.

19. Hamed Pishkar and Reza (Davoud) Nejatsabet are Protestant Christians from city of Rasht and members of the Church of Iran. On numerous occasions, Ministry of Intelligence officials summoned or detained each for questioning. Pishakar was finally arrested in January 2010, and Nejatsabet in August 2010. They were both convicted, in separate trials, of “propaganda against the Islamic Republic of Iran” through holding gatherings with the alleged intent of converting Muslims to Christianly. Both fled to Turkey in 2010 while freed on bail and awaiting appeal.

[1] Human rights violations against the Bahá’ís in the Islamic Republic of Iran (June 2012), Bahá’í International Community report, submitted to the Special Rapporteur in June 2012.

[4] Human rights violations against the Bahá’ís in the Islamic Republic of Iran (June 2012), Bahá’í International Community report, submitted to the Special Rapporteur in June 2012.

[7] “Speak Out for Imprisoned Students in Iran,” International Campaign for Human Rights in Iran, 26 April 2012 (available at: http://www.iranhumanrights.org/2012/04/imprisoned-students-campaign/).

[8] Shourd, Sarah. “They Were Arrested Too; Iran’s Harried Student Movement,” Huffington Post, 3 May 2012 (available at: http://www.huffingtonpost.com/sarah-shourd/they-were-arrested-too-irans-students_b_1475567.html)

[10] Shourd, Sarah. “They Were Arrested Too; Iran’s Harried Student Movement,” Huffington Post, 3 May 2012 (available at: http://www.huffingtonpost.com/sarah-shourd/they-were-arrested-too-irans-students_b_1475567.html)

[12] All information presented in paras 22-26 is based on or taken from a report submitted by Reporters Without Borders to the Special Rapporteur in July 2012.

[13] Information from: Human rights violations against the Bahá’ís in the Islamic Republic of Iran (June 2012), Bahá’í International Community report (annex), submitted to the Special Rapporteur in June 2012.

[15] Sources have reported more than 300 arbitrary arrests of Christians throughout the country since June 2010. The following tables, 3 and 3.a, contain only some cases, for which some details are known. The information is drawn from a report presented by a number of organizations to the Special Rapporteur in July 2012, as well as his own interviews.

[16] All Information in Tables 4 and 4.a is based on a report submitted by the Daftar Tahkim Vahdat student association to the Special Rapporteur in July 2012.

[17] Unless otherwise noted, all information in Tables 5 and 5a is drawn from a July 2012 report submitted to the Special Rapporteur by Reporters Without Borders.

[18] Information on the arrests of Mohammadi and Mohadess can be found at the website of the Beheshti Foundation (available at: http://www.beheshti.org/).