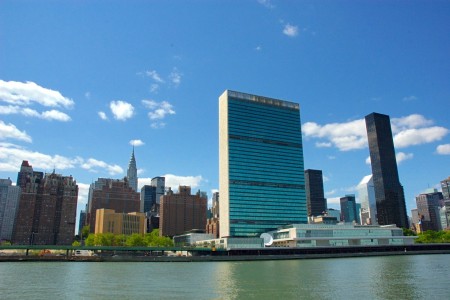 Today, I have the privilege of presenting my final report on the situation of human rights in the Islamic Republic of Iran. I would, therefore, like to take this opportunity not only to summarize the findings and recommendations presented in my report, but to also reflect on where we were when the mandate began in 2011, how far we have come, and the significant challenges to the full realization of human rights in the country that lie ahead.

When I began my mandate a little over five years ago, the country was still embroiled in the developments following its 2009 presidential election, which led to thousands of arrests and convictions following unfair trials, and the death of peaceful protesters at the hands of security forces. Iran’s level of cooperation with the UN human rights mechanisms was also arguably at an all-time low. The UN special procedures had been prevented from visiting the country for six years despite a standing invitation, and the Government had one of the lowest response rates to communications issued by the special procedures on a range of alarming human rights violations.

Five years later, we can look to the Government’s record of cooperation with UN rights bodies and mechanisms and acknowledge some progress towards constructive engagement on this front. The Government has invited two mandate holders—the special rapporteurs on the right to food and on the negative impact of unilateral and coercive measures—to visit the country in the coming months. It has received, and accepted, hundreds of recommendations from Member States at the outcome of two cycles of the Universal Periodic Review, undergone reviews by three treaty bodies, and will submit to a review by a fourth treaty body in 2017.   And the Government’s response rate to communications by UN special procedures, including mine, has generally increased over the past few years.

Along with its improved record of cooperation with UN rights bodies, I have also observed some substantive developments, especially under President Hassan Rouhani’s tenure which began in 2013, that could lead to steps in the right direction. This includes the submission of a draft Citizen’s Rights Charter; the emergence of limited public dialogue on a handful of human rights issues, including the possibility of abolishing or dramatically reducing use of the death penalty for nonviolent drug crimes; and some executive and legislative measures taken by the parliament to improve rights protections.

These are undoubtedly encouraging signs, but much more needs to be done. Though I applaud the Government’s increasing engagement with me, I note that my tenure will draw to a close without the authorities having allowed me into the country. And although two special procedures have been recently extended invitations, Iran has ignored repeated requests for country access from eight special procedures that have tried to visit since 2003. Perhaps more troubling, individuals in the country who have cooperated with my mandate continue to be the targets of government reprisals.

I have also observed some positive steps on the ground including legal reforms that strengthen protections for the rights of the accused. But these developments have not yielded sufficient and sustainable improvements in the country’s human rights situation. This is, in part, because there is a notable gap between the law and state sanctioned practices that violate fundamental rights. More specifically, these new laws provide little relief in the absence of proper implementation and enforcement by the executive and judicial branches of government. These failures mean that, today, Iranians continue to suffer from serious and egregious human rights violations that warrant ongoing and close scrutiny by UN human rights mechanisms.

Much of the challenge to addressing the  troubling state of human rights in Iran today is also due to a deeply flawed justice system that systematically obstructs the rights of defendants to fair trials and is in serious need of reform. I continue to receive frequent and alarming reports about the use of prolonged solitary and incommunicado confinement, lack of access to lawyers, and the use of confessions solicited under torture as evidence in trials. Denial of access to proper and necessary medical treatment for detainees also remains a significant problem, including for political prisoners.

National laws and practices continue to severely restrict the rights to freedom of expression, association, and peaceful assembly in Iran. Individuals continue to provide reports detailing arbitrary detention for the legitimate exercise of these rights. Journalists, writers, social media activists, and human rights defenders continued to be interrogated and arrested by government agencies during the first half of 2016. At least 14 journalists and 15 bloggers and social media activists were reportedly either in detention or sentenced for their peaceful activities as of July 2016, and reports suggest that many others are subjected to interrogations, surveillance and other forms of harassment and intimidation. Social media websites such as Facebook and Twitter remain illegal except for governmental officials, and hundreds of websites dedicated to the arts, social issues, and the news remain blocked.

On 18 May 2016, the lawyer of prominent rights defender Narges Mohammadi announced that his client was convicted and sentenced to ten years’ imprisonment because of her membership in a group that advocates for the abolition of the death penalty. She was also sentenced to five years for “assembly and collusion against national security,” and one year for “propaganda against the state.” On 28 September 2016, an appellate court upheld her 16 year prison sentence despite a joint call by me and several other UN experts in May 2016 for the Government to immediately and unconditionally release Ms. Mohammadi.

The right to life is still under heavy assault in Iran today. Iran continues to execute more individuals per capita than any other country in the world. Human rights organisations estimate that between 966 and 1,054 executions took place in 2015, the highest rate in over 20 years. And at least 420 executions were reportedly carried out between January and October 2016. This is significantly lower than the number of executions carried out by the authorities by this time in 2011, but nonetheless alarming.

The high rate of executions prompted the UN High Commissioner for Human Rights, Zeid Ra’ad Al Hussein, to issue two public statements in April and August of this year, appealing to the Government to institute a moratorium on the use of the death penalty and to end unlawful executions, especially for juvenile offenders. He also “deplored the execution of 20 people” following unfair trials in which the defendants were convicted of violating “overly broad and vague” terrorism-related offenses. I have also received disturbing reports that at least two stoning sentences had been issued to women convicted for the crime of adultery during or around the reporting period. In its response to my report, the Government affirmed the sentences and defended the practice, but informed me that these sentences have, or will be, converted to other forms of punishment, possibly death by hanging.

Laws, policies, and practices that discriminate against Iranian women and girls continue to institutionalize their second class status, and draft legislation currently under consideration or recently adopted by the Parliament presents additional barriers to women’s participation in the economy and to their safety. Iran ranks at the bottom of countries within its own income group for women’s economic participation and political empowerment. The country also remains in the bottom 5th percentile of 142 countries in overall equality for women.

Earlier this year, the Committee on the Rights of the Child expressed serious concern “that despite its previous recommendations, the age of majority remains set at pre-defined ages of puberty for girls at 9 and for boys at 15 lunar years, which results in depriving girls and boys above these ages from the protection under the Convention.” The Committee also expressed concern that the age of marriage, which is set at 13 years for girls and 15 years for boys “gravely violates rights under the Convention and places children, in particular girls, at risk of forced, early and temporary marriages with irreversible consequences on their physical and mental health and development.” According to an official government website, more than 37,000 marriages involving individuals under 15 years were registered in the last year, and I would like to note that many marriages are never recorded in the country, especially in more remote areas.

Religious and ethnic minorities in Iran continue to face serious human rights abuses. Over the last five years, I have received numerous reports of arbitrary arrest, detention and prosecution of adherents of recognized and unrecognized faiths alike for the peaceful manifestation of their beliefs, in addition to frequent reports about measures that exclude religious and ethnic minorities from legal protections for civil, political, social or economic rights. Christian minorities from Muslim backgrounds, and Muslim minorities such as the Nematollahi Gonabadi, feature prominently as groups targeted by these abuses.

Moreover, the Bahai community continue to face arbitrary arrests, detentions and prosecutions. At least 72 Baha’is were reportedly detained as of 8 June 2016 in connection with the peaceful exercise of their faith. Authorities also continue to pursue activities that economically deprive Baha’i’s of their right to work, allegedly in line with a 1991 directive issued by the Supreme Council of the Cultural Revolution.

On 8 June 2016, I issued a joint statement with the Special Rapporteur on freedom of religion and belief strongly condemning a wave of government-sanctioned, or tolerated, incitement and hatred targeting members of the Baha’i faith. Unfortunately, the Government continues to use disparaging and derogatory language, including in its response to my most recent report, in reference to the country’s Baha’i community.

As my tenure draws to a close, I wish to stress the important role that this mandate and other UN rights mechanisms have played in promoting much needed dialogue and engagement with authorities on the pressing issues that I have laid out in my presentation today. And although I wish to stress that many obstacles remain, I believe that the Council’s investment in this mandate, and the close attention paid to the country situation by the international community, have yielded positive potential. This potential is evidenced by the constructive steps taken by the government to address some human rights concerns raised by the international community over the years, and the proliferation of bilateral human rights dialogues between Iran and some member states in this room since the implementation of the nuclear agreement. While not a substitute to monitoring mechanisms established by the UN human rights system, these measures can complement and bolster the push towards the full realization of human rights in Iran.

I encourage the international community to continue to find effective and creative ways to engage with Iran on human rights as they seek to broaden their political, economic and cultural relationships with the Government. Increasing engagement with the Iranian government and continued focus on its human rights record are not, and need not, be mutually exclusive realities. As I have said before, Iran’s reengagement with the world provides a golden opportunity not only to reach out to world leaders, but also international businesses seeking to invest in Iran, to do their part in ensuring respect for human rights in the country. But such engagement, must not proceed at the expense of clear, strong and public support for better human rights protection, without which there are no real long term dividends.