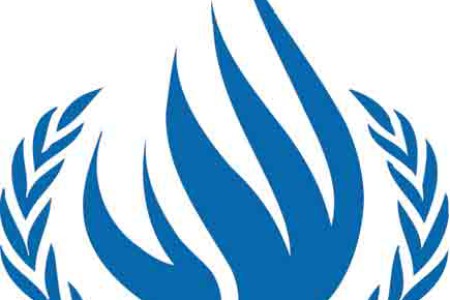 GENEVA (20 May 2016) – A group of United Nations experts expressed outrage today at the recent conviction and sentencing of Narges Mohammadi, a prominent activist and human rights defender, to 16 years’ imprisonment by a Revolutionary Court in Tehran, and called for her immediate and unconditional release.

On 18 May 2016, Ms. Mohammadi’s lawyer announced that Iran’s judiciary had sentenced his client to 16 years in prison for her activities on behalf of a grassroots organization calling for the abolition of the death penalty, ‘assembly and collusion against national security’, and for ‘propaganda against the state’. She was allegedly tried behind closed doors.

Prior to her arrest on 5 May 2015, the human rights defender was subjected to constant harassment, verbal assaults and interrogations for her peaceful human rights activities. Ms. Mohammadi, who suffers from a critical neurological condition, had previously been sentenced to six years in prison.

“There is absolutely no reason why Narges Mohammadi should spend one more hour in prison, let alone 16 years,” said the UN Special Rapporteur on the situation of human rights in the Islamic Republic of Iran, Ahmed Shaheed.

“I call on all the relevant authorities in Iran, including President Rouhani, to do their utmost to ensure that Ms. Mohammadi is immediately and unconditionally released from prison and allowed to access adequate and timely medical treatment for her condition,” he stressed.

“The targeting campaign against her that is being initiated by Iran’s security forces and judiciary is emblematic of the heavy crackdown that human rights defenders, journalists and civil society activists continue to face in Iran today simply for doing their jobs,” the Special Rapporteur said, reminding the Iranian Government of its responsibility to ensure human rights defenders do not face prosecution for promoting and advancing human rights in the country.

UN independent experts have repeatedly drawn the attention to the cases of Ms. Mohammadi, Ms Hedayat and Mr. Soltani and appealed to the Iranian authorities to stop targeting human rights activists and lawyers for their peaceful exercise of fundamental rights.

“The ability of human rights defenders to do their job without being subjected to arbitrary arrests and detentions is the hallmark of a healthy, mature and vibrant civil society, and a country that is truly ready to reengage with the international community,” Mr. Shaheed stressed.

“Instead of jailing its best and brightest, Iran’s Government should ensure that individuals like Mohammadi, Soltani, Hedayat and Kaboudvand can continue to do their difficult but important work free from persecution and harassment,” he said.

UN human rights experts from the Special Procedures of the Human Rights Council have jointly urged the Iranian Government to release all journalists and rights defenders who have been arbitrarily and unlawfully arrested, and currently face detention and prosecution.

“Freedom of speech and freedom of assembly are enshrined in international law,” Mr. Shaheed said, “most importantly in the International Covenant on Civil and Political Rights*, which is a binding treaty that Iran has ratified.”