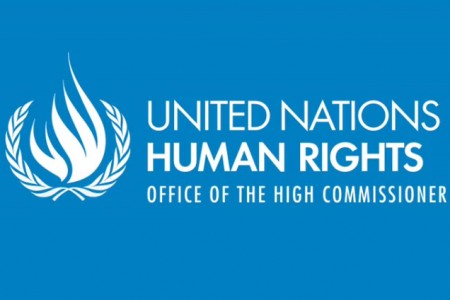 GENEVA (13 May 2013) – A group of United Nations independent human rights experts today called on the Iranian authorities for the immediate release of seven Baha’i community leaders, known as the Yaran, nearing the fifth anniversary of their arrests, whose detentions were declared arbitrary by the UN Working Group on Arbitrary Detention, on 20 November 2008.

“The Iranian government should demonstrate its commitment to freedom of religion by immediately and unconditionally releasing these prisoners of conscience,” the Special Rapporteur on the situation of human rights in Iran, Ahmed Shaheed, said. “These cases are apparently characterized by failures to safeguard fair trial standards and jeopardizes overall religious freedom in Iran.”

On 14 May 2008, authorities in Tehran arrested Fariba Kamalabadi, Jamaloddin Khanjani, Afif Naeimi, Saeid Rezaie, Behrouz Tavakkoli, and Vahid Tizfahm. A seventh Baha’i leader, Mahvash Sabet, was arrested on 5 March 2008 in Mashhad. Together they formed an ad hoc national administrative group for Iranian Baha’is called the Yaran. Authorities reportedly held them in custody for over 20 months without charges and severely limited their access to lawyers.

They received 20-year prison sentences in August 2010 on charges of espionage, ‘propaganda against the regime,’ ‘collusion and collaboration for the purpose of endangering the national security,’ and ‘spreading corruption on earth.’ Their sentences were reportedly reduced to 10 years the following month. However, in March 2011, the court reinstated the original prison sentence of 20-year.

“These seven Baha’is are imprisoned solely for managing the religious and administrative affairs of their community,” said human rights expert El Hadji Malick Sow, who currently heads the Working Group on Arbitrary Detention. “These persons were condemned after trials which did not meet the guarantees for a fair trial established by international law.

“Baha’is in Iran are facing numerous limitations on their ability to worship freely,” warned the UN Special Rapporteur on freedom of religion or belief, Heiner Bielefeldt. “I again remind the government that, as a party to the International Covenant on Civil and Political Rights, it cannot distinguish between favored and un-favored groups as far as freedom of religion is concerned.”

“Iran must ensure that Baha’is and other unrecognized minority faiths can practice their beliefs without hindrance and fear,” Mr. Bielefeldt underscored.

The UN Independent Expert on Minorities issues, Rita Izsák, recalled that Baha’is is Iran’s largest non-Muslim religious minority. “Their existence and religious identity must be protected under the UN Declaration on Minorities,” she stressed, “otherwise, their right to profess and practice their own religion freely and without interference or any form of discrimination may be violated.”

Hundreds of Baha’is have been reportedly arrested for acts including organizing religious gatherings and advocating for the right to education. In his March 2013 report* to the UN Human Right Council, the Special Rapporteur on Iran noted that at least 110 Baha’is were imprisoned in the country at the start of the year.

“After five years, I worry that not only are the Yaran being unjustly denied their freedom, but that all Baha’is in Iran increasingly risk arrest if they become active in their community,” Mr. Shaheed said. The Special Rapporteur called on the international community, including faith leaders worldwide, to join in the appeal on the Government of Iran to release the Baha’i leaders.