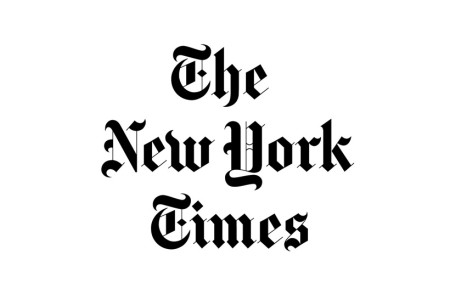 UNITED NATIONS — The Iran government’s effort to portray a kinder and gentler image was frustrated on Friday by the United Nations Human Rights Council, which voted to extend the term of a monitor scorned by Tehran.

The Council, concluding its annual meeting in Geneva, renewed the mandate of the monitor, Ahmed Shaheed, for another year in a 21-9 vote, with 16 abstentions. Surprising coalitions formed for and against the monitor, known as a special rapporteur. Brazil joined the United States and Britain in supporting the extension, while India, China, Pakistan and Russia opposed it.

In his latest report, issued earlier this month, the special rapporteur commended the government of President Hassan Rouhani of Iran for releasing 80 political prisoners last September, shortly after he had taken office. Yet Mr. Shaheed’s report, which amounted to an appraisal of Mr. Rouhani’s record so far, also noted what he called Iran’s “lack of adherence to the rule of law.”

The vote on a resolution extending Mr. Shaheed’s term elicited a harsh reaction from Iran’s ambassador to the United Nations in Geneva, Mohsen Naziri Asl. “In reality the claim by the main sponsors of this resolution on human rights advocacy has proved to be a myth, as they have on numerous occasions, put on display their fully politicized approach to human rights issues,” he said in a statement.

Mr. Rouhani was elected partly on pledges of easing the repressive atmosphere created by his predecessor, Mahmoud Ahmadinejad, and has sought to project an image of a more flexible and reasonable leader who wants to promote Iran’s re-engagement with the world.

By contrast, Mr. Shaheed’s latest report said Iranians continued to be arbitrarily detained “for peacefully exercising their fundamental rights to expression, association, assembly, belief and religion.” He pointed to a sharply rising number of executions, including for criminals convicted of drug offenses.

Mr. Shaheed has been a source of simmering anger and resentment among Iranian officials, who question how he can possibly make accurate conclusions about rights abuses without direct, firsthand information. At the same time they have forbidden him to visit Iran, and his reports have relied largely on interviews with exiles and written statements from inside Iran.

Iranian officials have been quoted in the state-run media as dismissing his latest findings as not constructive and a “collection of baseless claims.” Members of Parliament have accused Western countries that back Mr. Shaheed’s mission of having double standards.

In a telephone interview from Britain, where he lives, Mr. Shaheed said about a third of the people he had spoken to for his reports were inside the country.

A former foreign minister of the Maldives, Mr. Shaheed said he hoped that the government would find it useful to allow him and other United Nations officials into the country. “There is a new government in Iran,” he said. “They are taking baby steps. At least there is a desire to embrace human rights reforms.”

The International Campaign for Human Rights in Iran, a New York-based advocacy group, welcomed the Council’s renewal of his mandate, pointing to what it called the lack of progress under President Rouhani. “The vote signals continued concern in the international community that the human rights situation has not improved as expected,” the group said in a statement.

The vote came as Iran and the United Nations remain engaged with each other on two other important issues. The five permanent members of the Security Council, plus Germany, are in talks with Iran over its disputed nuclear program. Iran also is seen as playing a pivotal role in resolving the war in Syria, Iran’s main ally in the Middle East.

Mr. Shaheed’s 104-page report issued this month, the fifth in the last two years, said 307 citizens belonging to religious minority groups were in detention as of early January. Those who had been detained and released, the report said, testified “to torture or cruel, inhumane or degrading treatment and prolonged solitary confinement to coerce confessions to accusations or admissions about other people.”

Mr. Shaheed reported at least 687 executions in Iran in 2013, including 57 public hangings, among them 28 women.

The Human Rights Council also came under fire on Friday for its approval of five resolutions condemning Israel, largely over the treatment of Palestinians. The United States was the lone no vote in all five.