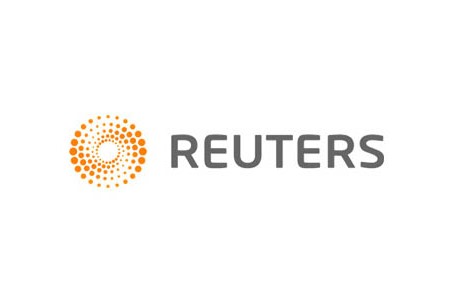 (Reuters) – At least 80 people and perhaps as many as 95 have been executed in Iran already this year, a surge in the use of the death penalty that has dampened hopes for human rights reforms under President Hassan Rouhani, the United Nations said on Friday.

Rouhani, who won a surprise election last year on a platform of more openness with the West, clinched an interim deal in November with world powers over Iran’s nuclear program.

In September, dozens of political prisoners were released, raising hopes that he would also improve human rights in a country that ranks second after China on Amnesty International’s list of states with the highest use of capital punishment.

“There were some encouraging signs last year where political prisoners were released … But it appears at least in the past seven weeks that in fact executions have been scaled up,” U.N. human rights spokeswoman Ravina Shamdasani told a news briefing.

“We regret that the new government has not changed its approach to the death penalty and continues to impose capital punishment for a wide range of offences. We urge the government to immediately halt executions and to institute a moratorium.”

Last year Iran executed between 500 and 625 people, including at least 28 women and two juveniles, Shamdasani said.

“A number of individuals were also executed in secret and at least seven people have been executed in public this year,” she said, adding that most were killed by hanging.

Possession or transport of drugs, “even in relatively small amounts” of less than 500 grams, frequently leads to execution, said Roya Boroumand, director of the U.S.-based Abdorrahman Boroumand Foundation that tracks executions in Iran.

“More than 100 crimes carry the death penalty,” Boroumand told Reuters. “If the international community takes lightly the execution of drug dealers, it is leaving a free hand to the police and judiciary to do what they want,” she said.

Two men of the minority Ahwaz Arab community, Hadi Rashedi and Hashem Sha’bani Amouri, charged with “enmity against God”, corruption and violating national security, were executed in January after trials deemed to be unfair, Shamdasani said. Their confessions were broadcast on national television.

“They were allegedly denied access to a lawyer and their families for first nine months of their detention and were reportedly subject to torture and forced confessions,” she said.

Ahmed Shaheed, U.N. special investigator for human rights in Iran, has never been allowed into the country but, on the basis of hundreds of interviews, has reported grave violations including executions and torture. Last year, Iran accused Shaheed, a former foreign minister of the Maldives, of receiving bribes from the United States, something he denied.

Activists have voiced concerns that Tehran’s rapprochement with the West following its nuclear agreement could lead to an easing of U.N. scrutiny of its human rights record.

A European Parliament delegation that visited Tehran in December has drafted a report calling for a “high-level human rights dialogue” between Iran and the European Union.

But rights activists were disappointed that the draft did not call for renewing Shaheed’s mandate, perhaps signaling an easing of international pressure despite a lack of reforms.

“I am concerned that Europe in general is getting ahead of itself, rewarding Iran for a lack of tangible improvements by trying to relegate human rights,” Hadi Ghaemi, executive director of the U.S.-based International Campaign for Human Rights in Iran, told Reuters by telephone.