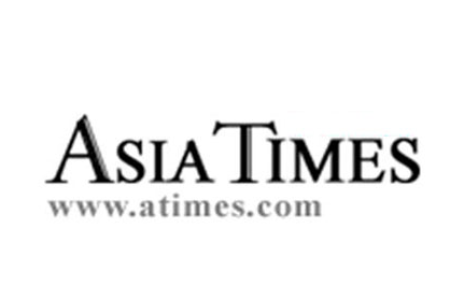 GENEVA – As many as 700 people were sentenced to death in Iran last year, according to United Nations estimates. Most were charged with drug-related crimes and belonged to ethnic minorities, new studies show.

“Despite signs of openness with the election of President (Hassan) Rohani almost a year ago, the human rights situation in Iran has dramatically deteriorated,” Taimoor Aliassi, UN representative of the Association of Human Rights in Kurdistan of Iran – Geneva, told IPS.

“Iran is the second executioner country in the world behind China, but the first one per capita.” – Raphael Chenuil-Hazan, executive director of French NGO Ensemble Contre la Peine de Mort.

At least 687 prisoners have been executed in 2013, 68% of them after the presidential election in June 2013, Aliassi said. This is the highest figure in 15 years.

The vast majority, he said, were from ethnic minorities such as Kurds, Baloch and Baha’is. “The repression of these minorities has accentuated.”

Aliassi’s comments followed a report by Dr Ahmed Shaheed, the UN Special Rapporteur on Iran, detailing the executions. The Iranian government labelled the findings “not objective” and “mostly a compilation of unfounded allegations.” It is opposing the renewal of Shaheed’s mandate.

“Last year, there were two executions a day,” Shaheed said at a meeting in Geneva earlier this week on rights in Iran. “Sixty percent of them were related to drug crimes. Many did not have access to lawyers, and confessions were got under torture. Three juveniles were among those hanged.”

Shaheed contested the Iranian government allegation that his report is based on opposition sources, or even terrorists. “Even though I could not get into the country, I talked to 700 people. I do my interviews by Skype. If I was able to go to Iran, there would be government views in my report. It would be in its advantage.”

“Iran is the second executioner country in the world behind China, but the first one per capita,” RaphaelChenuil-Hazan, executive director of the French NGO Ensemble Contre la Peine de Mort, told IPS. The NGO was created in 2000 to investigate death penalties. It launched the World Coalition Against the Death Penalty that holds a congress every three years.

“The death penalty is a benchmark for human rights,” Hazan said. “It opens the door to the scrutiny of other human rights violations like juvenile justice, ethnic minorities, public executions, torture and unfair trials. We manage to work with grassroots NGOs in all countries, including China and Iraq, but not in Iran.”

The Iranian government, Hazan said, like North Korea “does not allow local NGOs to come to our congress. Our sources are individuals we identify in the prisons. Last year we counted 687 executions. We know it is more, but this is the figure we are able to prove in our report.” The UN report is in line with findings by NGOs.

Mahmood Amiry-Moghaddam, spokesperson of Iran Human Rights, an NGO based in Oslo with members both inside and outside Iran told IPS that “56% of the figures included in this report are official, and 44% have been confirmed by us independently.”

Last year, he said, the group “documented 59 public executions, all of them announced officially. Children are also watching executions since there is no age limit. But there are so many secret executions in prisons that we need independent investigations.”

According to the International Convention on Civil and Political Rights, ratified by Iran, countries that have not abolished the death penalty can impose it only for the most serious crimes.

“Since 2010, more than 1,800 people have been executed on drug-related charges. But is the possession of 30 grams of heroin, morphine, opium or methadone a ‘most serious crime?’” said Hazan.

Other reasons for capital punishment are “corruption on earth”, rebellion, sexual offences including same-sex relations, organized crime, robbery and smuggling, murder and other religious offences. At least 28 women were hanged publicly in 2013, according to the Special Rapporteur.

Some NGOs accuse the government itself of fostering drug addiction for political reasons, particularly in the Kurdish area. “It is practicing an anti-Kurdish policy of pushing youth into drugs and then arresting them,” Karen Parker, a human rights attorney based in San Francisco, told IPS.

Gianfranco Fattorini, of the Mouvement contre le racisme et pour l’amiti? entre les peuples (MRAP), a French NGO that supports against racism and discrimination, told the meeting in Geneva that 20 Kurdish activists are known to be on death row and 25 Kurdish political activists have been sentenced to death for propaganda against national security and similar charges.

“Children are ostracized at school; youngsters are denied access to university and to jobs in the public sector. Today 136 Baha’is are in prison only because they are Baha’is. The accusation goes from enmity against god, to being spies or belonging to an illegal organization. Some of these people are elderly; others are young mothers who have to take their children into prison.”

She added that their cemeteries are bulldozed and “it is clear that these horrible acts are condoned by the authorities.” Violent crimes and incitement to hatred are rising against Baha’is and other minorities, but none of these cases have been investigated by judicial authorities. “This is government orchestrated,” she said.

But more and more Iranians are showing solidarity with the Baha’is, she said. Last week, 75 prominent activists asked the head of the judiciary to give the benefit of Islamic law even to “unrecognized religious minorities” like the Baha’is.

“Since they are well known, they encounter fewer risks to go to prison. This shows that civil society is advancing. Now it is up to the government to show that it is opening up too,” said Hazan.